We take a trip down memory lane and catch up with one of the OGs of the local Aggressive Inline Skating scene Jatt Amat and talk about possibly the most active crew in Singapore the Lion City Rollers.

How many years has it been since you formed the crew?

I think it was back in 2010. I started to make some tees and snapbacks under the Lion City Rollers Brand

Oh! I never knew that’s how it started!

Yeah so I wanted ambassadors for the brand. That’s when I approached Mizan and Kecik who were blading with me since way back. Back then Juf was an up and coming young blader so I got him in as a fresh new face in the scene. These guys were good and humble which was important to me. Humility is always good thing especially in this day and age.

You guys actually had a skateboarder in the mix which was pretty cool.

Oh yes Tafsir is the only skateboarder. I got him in to have a variety of talents. He was always hanging out with me and partying anyway. He’s a party rocker and so is Juf! Ha!

How has the team grown since then?

Over the years we’ve had new guys come and go for a variety of reasons.These days we are all busy with our own lives. I’ve got an 8 month old kid, Kecik has a 1 year old son, Mizan is busy with his day job and Juf has been focusing alot on photography and graffiti. Tafsir on the other hand…well.. He’s just busy getting fatter as a Rent-A-Cop.

Having said that though, we remain as tight as when we first got together as a team.

You have been doing your own videos too right?

Yeah I have. Starting learning how to shoot and edit myself because I was tired of waiting on people to help me with the edits. The crew and I pooled our resources to invest in some gear but I’m the main editor and camera guy! I shoot with my iPhone for short edits. Just added a gimbal and iPhone lenses to the arsenal. Amazing what phones are capable of these days.

You use the Beast Grip system for your camera rigs?

Yeah I got it as a birthday present from my close friends! LOL!

Are the videos your way of archiving your memories or to grow the brand?

Filming is to archive our blading for sure. If I only had this kind of tech back in the 90s. I would have way more footage of crazy shit! Hahaha. I do use the videos to promote the brand too. Just to keep it in the loop.

You still do some crazy shit now.

You should have seen the shit I did back in the 90s bro. These days its a run in a park.

I have seen bro! I was there! Hahaha!

Thank you for believing.

What does the future of the team look like?

We can’t roll as hard as back when we were younger and had time on our hands. Everyone deals with the daily grind now but I know these boys have my back if I were to start something new, for real. For now, there’s no new merch for sale but stay tuned to the vimeo channel and our instagram 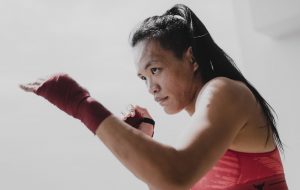 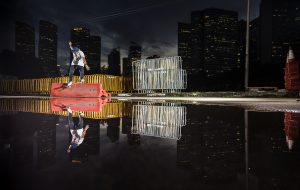 Past Present and Future with Feroze Rahman